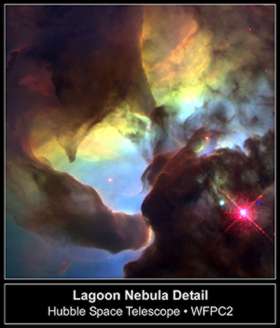 Charge Separation in the Mind

“The operation of removing a problem from its traditional context and placing it into a new one, looking at it through glasses of a different color, as it were, has always seemed to me of the very essence of the creative process. It leads not only to a revaluation of the problem itself, but often to a synthesis of much wider consequences, brought about by a fusion of two previously unrelated frames of reference.”
– Arthur Koestler, The Watershed: A Biography of Johannes Kepler.

My sane friends (yes, I do have a few) point out that an electrified universe is impossible because of the astronomical amount of energy it would take to create any significant amount of charge separation in space. Various calculations, usually on the backs of envelopes, show that to produce the effects conventionally attributed to gravity would necessitate, electrically, a separation of charges requiring many times the energy available. To turn a nuclear star into an electric star, for example, would require many times the energy output of the star just to separate enough electrons from their hydrogen protons to generate sufficient current. With galaxies, the problem is billions of times worse. It’s much easier–the difference, they say, between possible and impossible–to squeeze a stellar mass of hydrogen with its own gravity until it gets hot enough to ignite its nuclear furnace.

Of course, they’re right. They’re the experts, and they’re sane besides. It’s almost with embarrassment that I bring up a matter of insight that reveals their oversight. Everyone knows those hot nuclear stars began as cold clouds of hydrogen. We detect those clouds throughout the universe. And they must be collapsing because the law of gravity requires it. As they collapse, they heat up, until the heat triggers nuclear reactions. Then the radiation pressure outward balances the gravitation pressure inward and a star is formed. This is a chain of logic that’s linked together with mathematical certainty.

But where did that ontological cloud of hydrogen come from? I don’t mean its physical origin. As I mentioned, we detect clouds of hydrogen throughout the universe. I mean where was it assumed a cloud of hydrogen was the progenitor of a star? That origin is in the third sentence of the previous paragraph, indicated by the word “must”. That origin is in the mind, in imagination. The cloud of hydrogen is needed only if you assume gravity is the sole force operating. If you assume gravity, you require the cloud, with which you can prove the necessity of gravity. And inside this circular cage of logic the gerbil of astrophysics begins to run.

An electric star wouldn’t begin with the cloud. It would begin with charge separation. Everything we see in the universe, with the possible exception of a few specks of planets and reflection nebulas, is ionized to some degree. It’s a PLASMA, the fourth and dominant state of matter in the universe. The positive ions and negative electrons move, and because protons are a couple of thousand times more massive than electrons, any force–electrical, magnetic, gravitational, even mechanical–can cause some separation of charges. An immeasurably small surplus of one electron or proton in a volume measured in cubic meters is all that’s necessary for a weak electric field to exist in deep space. That electric field will drive an electric current, which will generate a magnetic field that interacts with the fields of other currents.

An elementary observation of matter in deep space is that the currents tend to form twisted pairs of filaments, called Birkeland currents, that snake along the magnetic field lines. These filaments suck in surrounding ions and gas and dust as if they were cosmic vacuum cleaners, overwhelming gravitational forces. Their magnetic fields pinch the mixture, called a dusty plasma, into higher density blobs and columns.

As the magnetic pinching increases, the electric field intensifies, which further increases the pinching. The compressing blobs form spinning focuses of electrical discharges, first a red glow, then brilliant arcs, driven by the current in the filament that generated them until the energy is dissipated. We see these filaments and blobs in high-energy plasma labs. 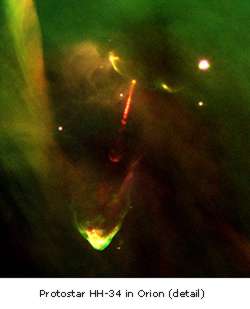 Now the original question comes full circle. The problem is not that of supplying the energy to ionize neutral matter. The problem is that of dissipating the energy of already ionized matter. It’s the act of neutralizing existing separations of charges that provides the prodigious energy driving and shaping the universe. After seeing that the universe is already electrified, a calculation on the back of another envelope shows that gravity is too weak–by about 40 orders of magnitude!– to account for the observed structure, movement, and dissipation of energy. It’s the gravity universe that’s impossible.